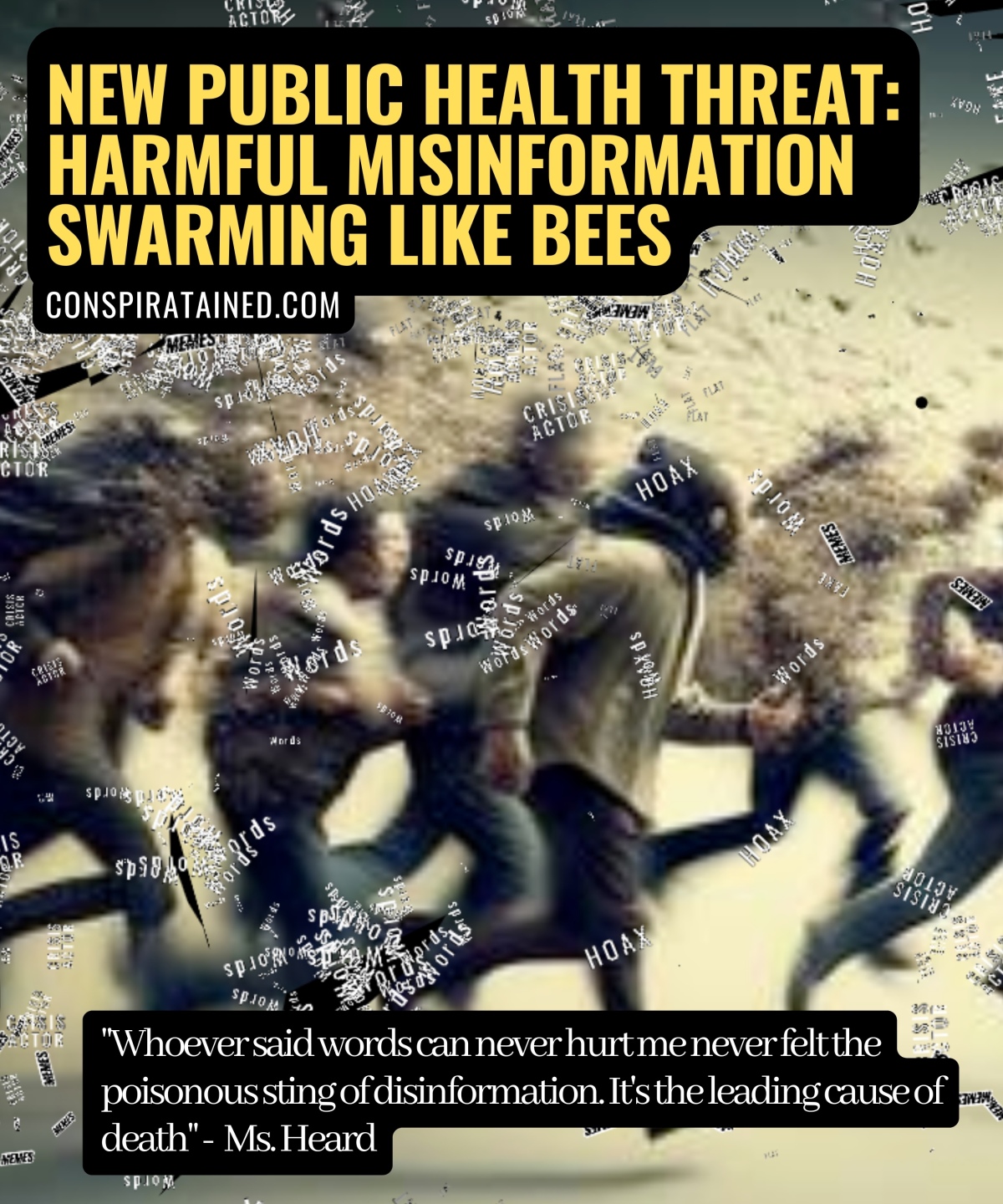 The scene opens on a bustling city street, where people are going about their daily business. Suddenly, words begin to fly through the air like an insect swarm. They buzz and swirl around the people, who are initially confused and frightened by the strange phenomenon. The words take on different forms, some resembling tiny butterflies, others like dragonflies, and still others like bees. They are made of different colors and sizes, and some are written in different languages.

Until recently, memes did not have a physical form and existed only in digital or virtual spaces. They spread through the internet, often replicating and mutating as they travel from person to person.

A group of scientists developed a revolutionary new technology that allows words and memes to fly out of the phone screen by using a special program that opens a small portal in the screen.

The dark side to this technology is already showing itself, as conspiracy theorists and other chaos agents, grifters, and merchants of hate release toxic disinformation in crowded public spaces to create chaos and distraction while they commit their crimes. The authorities are struggling to catch the word-criminals. Meanwhile, the memes are swarming up like bees, and are causing panic among the public. Scientists are racing against time to find a solution before they cause any more harm. A swarm of memes is a large group of memes that have congregated together. Like bees in a swarm, these memes may be attracted to a specific location or event, and can be quite active and dynamic. They may also be highly social, interacting with each other in complex ways and sharing information.

Words can sting like bees when they are used in a hurtful or harmful way. Just as bees use their stingers to defend themselves or their hive, words can be used to inflict pain or harm on others.

In a metaphor, words could be described as “sharp stingers” capable of causing emotional injury, like a bee’s venom causes physical pain. They can leave a lasting impact, similar to a bee’s sting that can cause swelling and redness. Words can also be used to manipulate, just like a bee’s sting can be used to control other insects.

Furthermore, words can also be used in a way that can be described as “a swarm” where multiple negative statements can be thrown at a person, similar to how a group of bees can attack together, overwhelming their target.

Host of Infinite Plane Radio. Media deconstruction since 2017. As president of the Infinite Plane Society, he has been the project manager for a growing think tank comprised of like-minded individuals. View all posts by Tim Ozman

VISIT THE SHOP AT